A Wish and A Curse #MFRWhooks 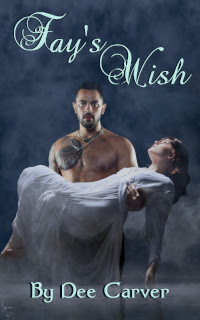 Shayla, Princess of the Fay, must begin the journey to discover her true power by leaving the island. If she's successful, she will become queen. Her plight won't be an easy one, for there are those who would use Shayla as a means to solidify their own position of power.

Kyle, Shayla's guide in the human world, is destined to bring hope to the Fay even though his own future seems bleak. With Kyle by her side, miracles can happen, offering the promise of the return of the magic.

Once that happens, nothing is impossible.

As I entered the garden, the smell of succulent roses and jasmine infused me. I continued upon an emerald and ruby path, glinting like a wine-filled goblet. Gliding over pearls and bright quartz, I headed for the waterfalls, the soft lining of moss caressing my feet.

My heart faltered. He was human.

He was still in the pool of water. I was struck with a horrible idea. “I need to ask you a couple things first.”

“You are lying on a huge bed made of silver and wood.”

It was as I feared. He could see what was around me. “You mention relaxing, right? Are you asleep, dreaming your bath, or awake?”

“No. I am asleep. We must be very careful. If my people knew you could see where I am, they would punish me and hunt you down.”

“You keep speaking of your people. Just who and what are they?”

“I cannot reveal that, but I am a true Princess. I would like to join you, but it is best I do not. The first time we met, what happened to you? Can you explain how you got there, and what happened after?”

“Sure. I was walking through the woods when I saw you under a canopy of trees. You opened your arms to me, and I wanted nothing more than to touch you. The next thing I knew, we were in dark blue water that glowed. After, when I was back in the forest, my clothes were wet and lying on the ground beside me.” He paused. “What are you thinking?”

“We are in serious trouble. I will join you in the water, but only for a moment, then I must go. I promise to try and return though. I need to know something, and the only way is when I am awake.”

“You make a promise of seeing me again?”

“I do not think either of us could stop, even if we wanted.” I did not want to stop. If not for his life being forfeit, I would stay with him as long as the Gods allowed.

“Come and tell me goodbye, then.”

I crossed over to him, letting the water soak through my gown, and did what I desired to since we’d first met. Whispering leaning over him, I caressed the sides of his face, and brushed my lips against his mouth. His lips were warmer, fuller, and more real than I ever imagined. He was made for me. Everything I ever wanted in a mate, kept inside my dreams where we could not be hurt.

I jerked away and turned, wishing to end the dream. Awake in my room, I guessed right. My gown was soaked. What we had done affected both physical worlds. This was a gift and a curse, and there would be repercussions. I had everything I could want but was in the gravest danger of my life. 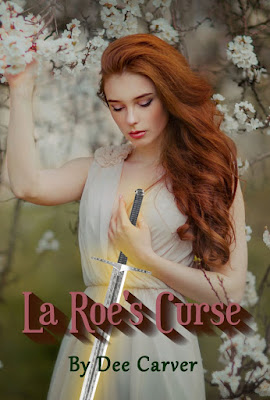 & Various Other Retailers via Books2Read

When Emerald La Roe ran away 300 years ago, she had not planned to return. However, after repeated dreams from Goddess Morrigan, Emerald finally realizes she has no choice. Emerald not only finds a magical sword waiting for her, but her dead husband also. It seems Stefan O’ Duff wants’ reconciliation and help to cure the curse they share.

Emerald would rather see him dead than be with him again, she has someone else to consider though. Her new love, Maxwell Howard a werewolf, who through sharing blood with Emerald, now faces the same fate as Emerald and Stefan. For the cure to work, Emerald has to put her hatred of Stefan aside and consent to share his bed again.

Can Emerald put 300 years of anger aside to save them or will she sacrifice all their futures and kill him as she swore to do?

He is too bold. #MFRWhooks

Shayla, Princess of the Fay, must begin the journey to discover her true power by leaving the island. If she's successful, she will become queen. Her plight won't be an easy one, for there are those who would use Shayla as a means to solidify their own position of power.

Kyle, Shayla's guide in the human world, is destined to bring hope to the Fay even though his own future seems bleak. With Kyle by her side, miracles can happen, offering the promise of the return of the magic.

Once that happens, nothing is impossible.

As I entered the garden, the smell of succulent roses and jasmine infused me. I continued upon an emerald and ruby path, glinting like a wine-filled goblet. Gliding over pearls and bright quartz, I headed for the waterfalls, the soft lining of moss caressing my feet.

My heart faltered. He was human.

COMING FACE TO FACE
As the plane lifted, I wondered for a second time, how my Father and Fearghus managed to schedule our trip. They must have used all the contacts the Fay knew in the human world. And I yet wondered, if all contact had been broken with humans, how we were staying current with their lives and history. Who would they be in touch with to plan all this in such a short time?
Some of us knew more than others. I remember Fearghus was once questioned about the Elder’s vast knowledge of the human world. The reply was orderly. “We own a great deal of property there. We must keep track of it using various resources.”
I had not believed the excuse then, and really did not believe it now. How could they know so much and not have an unknown motive? Why the curiosity?
At the airport, Jack, Aine and I took our luggage from the crew. I hoped…no, I prayed the man we were to meet was not my Kyle. I did not want to see his striking face coming toward me and breaking my heart.
The Gods however had their own agenda. He stood, straight as an island tree, eyes wide. My mind numbed and turned to fear for both of our lives, while realization and a look of triumph emerged across his face. I stepped backwards as he strode with intent to us. To me.
“Kyle?” Aine asked, coming up beside me.
“Yes ma’am. You must be my noble guests. I believe I am to show you this.” His voice, a melody.
The Gods were in full force. In his hand he held the miniature of the Goddess Morrigan. Trying not to sound giddy and terrified I interrupted, my voice rasping out too harsh, too loud. “Thank you, sir. Shall we leave now?”
“Of course. If you will follow me.” The deep timbre was replaced with a cold, professional sound.
I only hoped he would understand why I could not be more open. I thought I saw pain in his cobalt eyes. Oh Gods! Does he not realize this is killing me, too? To have him stand in front of me in the flesh and not touch him, show him how I feel. Knowing I had no choice but to heed my head, knowing an eternal love was growing deep within my chest. To know, even though I could feel his breath on my cheek, I could not lay the barest of caresses on his hand or show him the emotions trying to spill its way from my soul.
We followed Kyle in silence, through the clanging airport and to a sky-blue pickup. My favorite color. The height and ruggedness of the truck seemed out of proportion with my world and our need for secrecy.
After he placed our luggage securely in the uncovered cab, he opened the passenger side doors for us. Aine and Jack climbed into the back, while Kyle helped me to the front. His hand was tense and clasped almost painfully on my arm.
“Sorry if it’s not fancy enough for you.” There was an odd pause as we locked eyes. “My home is in the hills. Truck and horse are the only way.” He smiled as his eyes burned with a craving to inflict as much hurt as he must have felt.
I controlled myself. Barely. Why is he mad at me? I would not have chosen to cause him any more pain then he already faces. He is too bold. I spun out of the truck and plopped into the back next to Jack, pulling him next to me. If Kyle wanted to be childish, I would be childish.
What was it a human would say? Their expressions were stellar. Jack grinned from ear to ear, the heat of his ego rising like molten rock from Fay Mountain. Kyle was cooler than ice, silent in fury. Aine looked confused and hurt. The long ride was uncomfortable. I am not sure who would have broken first. Thankfully, Kyle pulled to the side of the road. 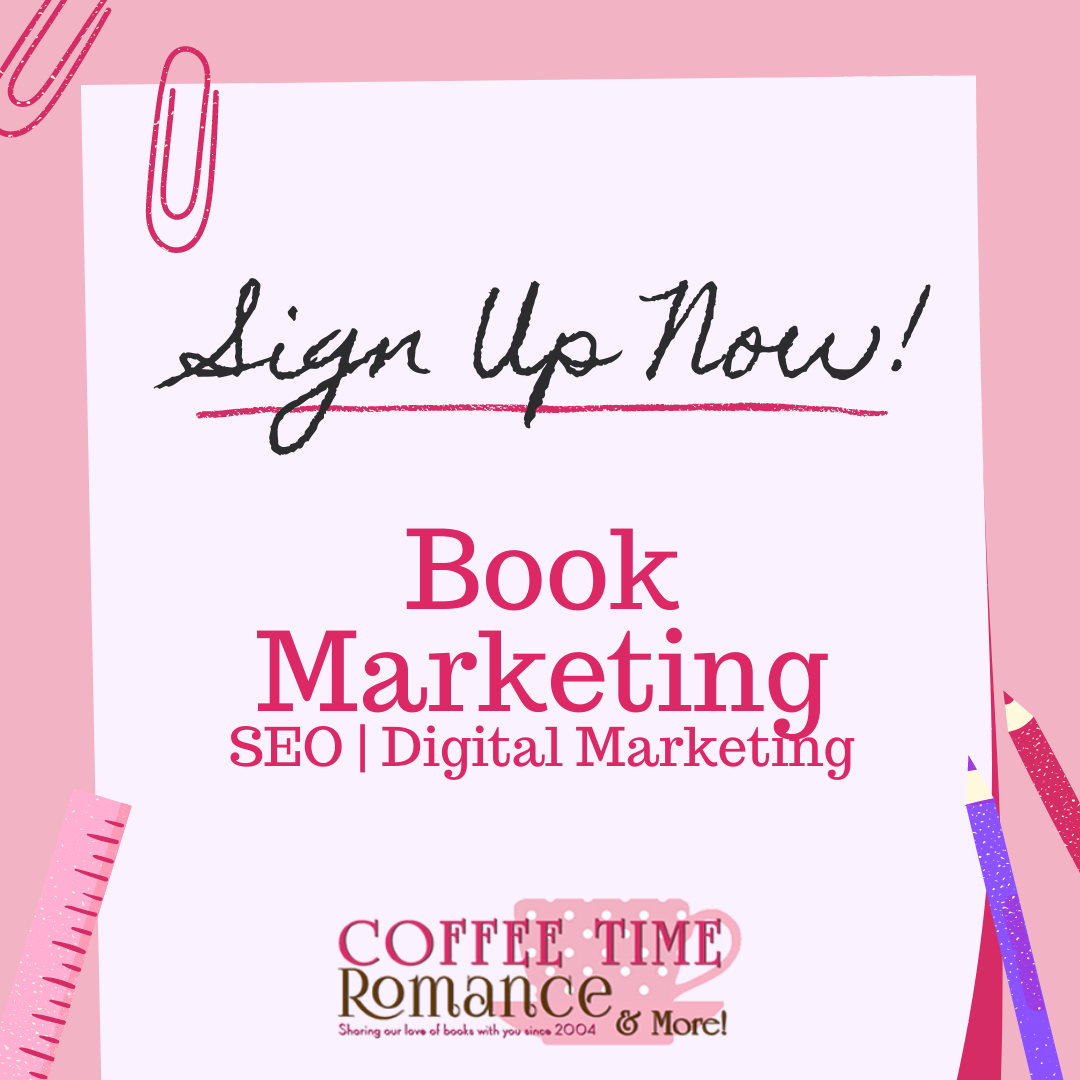 Join our Writing Class
We are excited to be on Coffee Time Romance discussing Marketing / SEO / Branding and Online Presence (such as websites, Amazon and networks). Wow a lot of varying topics but they each play a role into the other.  Marketing | SEO | Online Presence. Don’t miss it!   Join Personalized Marketing Inc  every Wednesday and Friday this month to improve your marketing!
Visit me at the Coffee Time Romance Writing Class Forum

These Books have explicit passages, you must be 18 or older to read or buy them. 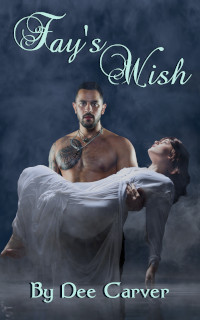 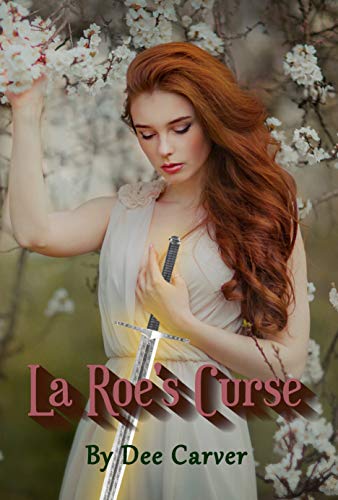 Every once in a while you read a book that deserves a little extra time taken for a review... I've decided to post my Personal Reviews here. 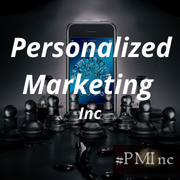 Please correct the marked field(s) below. 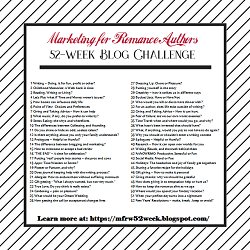 Scarlett and the Big Bad 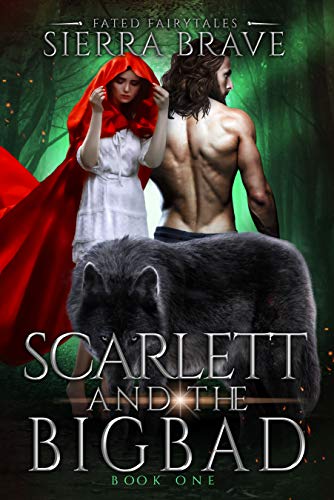